A mother and baby were among those caught up in the violence as thugs opened fire in towns across Britain.

Footage shows a woman carrying a baby in a pram hit by a rocket in Stratford, east London, after being thrown by a thug engaged in violent “fireworks wars”.

A teenage girl was among those arrested after fireworks were set off at Stratford bus station, while rioters in Dundee also saw explosives set off.

Police confirmed that shots were fired near the bus station, while a video shared online encouraged teenagers to come to the area to start “fireworks wars”.

One poster, seen in the clip, told yobs to wear Halloween masks, black clothes and bring fireworks to launch.

One local said: “When I came home, the kids were shooting at people? Is Stratford a real place?” 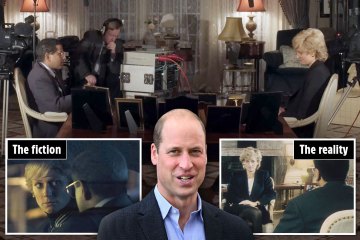 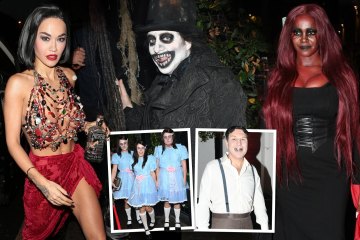 Pyrotechnics were thrown at the police as they tried to calm the situation.

A large number of police rushed to the scene, as well as a police helicopter.

No injuries were reported and a teenage girl was arrested.

He remains in custody and the investigation is ongoing.

A witness said: “I was waiting for my bus when suddenly I heard a loud noise. When I turned around, I saw that there were some fireworks aimed at people.

“Many people were shouting as the fireworks continued to go off. A few moments later, the entire bus station was evacuated.”

Meanwhile, in Dundee, Scotland, thieves were filmed on Monday night shooting and setting fire to roadblocks in the Kirkton area.

Police in riot gear were seen forming a line in front of a raging street fire.

In shocking footage seen by The Scottish Sun, pyrotechnics explode next to the officers.

Riot cops wave their shields for protection during the tense standoff.

Wheelie bins were also set on fire and yobs were seen standing on parked motorbikes amid the carnage.

Witnesses reported that youths were breaking windows and throwing firecrackers and bricks at cars.

One claims to have seen thugs “trying to set fire to a car with children inside while they were beating the father”.

Local councilor John Alexander said: “This is not just a small bonfire. Blocking roads with burning bins, falling cars and vandalizing our schools are scenes you would expect from a horror film. action or a war-torn country.

“I hope that each of these responsible individuals will be identified and dealt with appropriately.

“I hope the parents will also be angry and question their children, if they know they are in that place tonight. Where are your children tonight? Ask them.”

This comes after three teenagers were arrested on Monday on suspicion of arson after shots were fired at a house in Belfast, Northern Ireland.

The house was badly damaged but no one was inside at the time.

In another incident, a cat was found dead with horrific injuries after a “deliberate” firework attack.

Domino was found in Harrow, Greater London on October 25.

His remains were scattered in his owner’s garden along with parts of a firework display.

RSPCA inspector Simon Hoggett said: “This is an evil and cruel act on a helpless animal.” Police Scotland has been contacted for comment.