In what could only be the beginning of a new era, the European Chemicals Agency (ECHA) and the European Commission have announced measures to end outdated and painful animal testing for industrial chemicals. .

Drs Julia Baines and Tina Stibbe, scientists from PETA UK and PETA Germany, heard this news firsthand at the European Partnership for Alternative Approaches in Animal Testing annual meeting, “Accelerating the Transition to sustainable and animal-free. Joanna Drake , Deputy Director General of the European Commission for the Environment, announced that the Commission and ECHA are “committed to developing a European roadmap for the total replacement of animal testing in chemicals legislation.

In her announcement, Ms Drake said the Commission is fully aware of the continued pressure the European Parliament’s resolution puts on plans and actions to accelerate the transition to animal-free innovation in research, testing regulations and education, and the European Citizens’ Initiative (ECI) ‘Save Cruelty Free Cosmetics’, which calls for a plan to end animal testing.

This long-awaited change is the result of years of campaigning by PETA entities – and it is encouraging that after the ECI was signed by more than 1.4 million European citizens

From the paint on your walls to the compounds used to make your cell phone, many things contain chemicals that have been tested on animals.

In laboratories, animals are not given names. They are identified only by number, but each of them is a sensitive individual who can feel pain, fear, and sadness.

A tube can be placed down the throat of a mouse so that a chemical used in motor oil is injected directly into its stomach. Then he is killed and his organs are cut up. Mice may experience seizures, internal bleeding or organ damage, or even die during the experiment. None of them will experience life outside the laboratory.

Mice can be force-fed a test substance every day during pregnancy. On the day before giving birth, they will be killed and separated with their unborn babies. 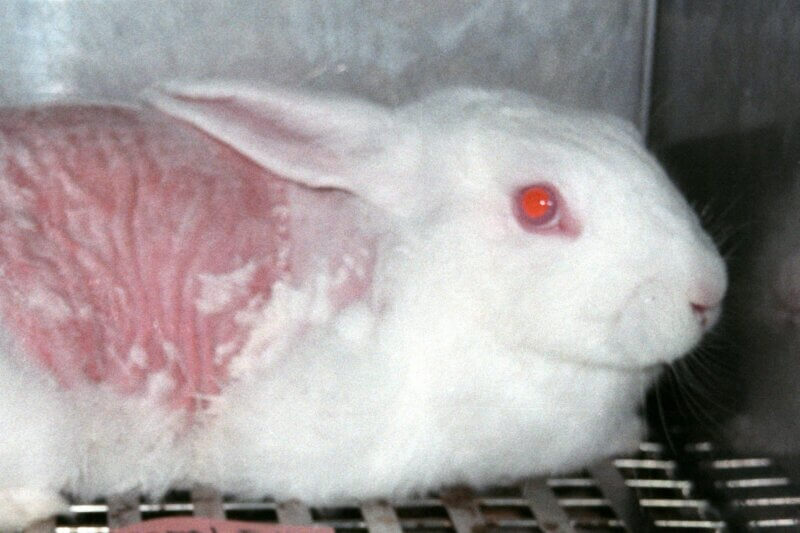 Experimenters can shave some fur off a rabbit’s back and apply a chemical directly to its sensitive skin to see the severity of the reaction. When this painful ordeal is over, he will be killed.

There are better ways to test chemicals

Non-animal methods may be more effective and relevant in predicting potential adverse effects on human health and the environment.

We hope that the next step will be the adoption of a roadmap for the future of science, developed by PETA scientists in various disciplines, known as the Research Modernization Deal, which is a framework to replace the outdated analysis of state-of-the-art animal, non-animal research methods. We will soon be contacting ECHA and the Commission to discuss this important development, which will save countless lives – of humans and other animals.

What you can do

When we speak out, we bring about positive change in the world. PETA France will continue to campaign against animal experiments in the EU and in France. Add your name to our petition calling on the government to end all animal testing, and keep up to date with ECHA’s progress by subscribing to our e-news: